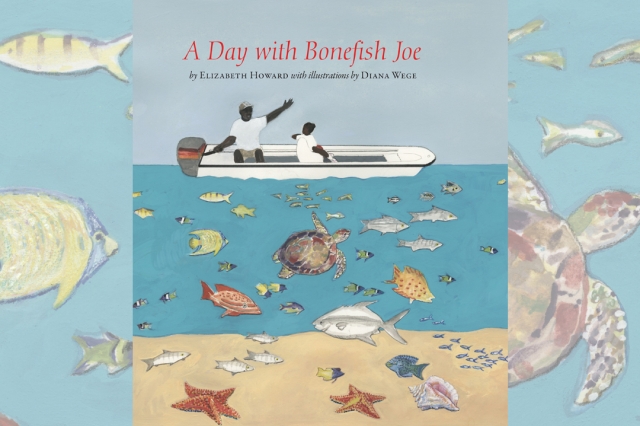 Ms. Howard's friend, artist Diana Wege, did the illustrations in gouache paint and colored pencils for A Day with Bonefish Joe, published in September by David R. Godine. But that December, the story was just a manuscript—a few pages stapled together, typewritten in a plain font—about a fictional Bahamian girl named Flossie who goes bonefishing off Harbor Island with famous local fisherman and guide, the late Joseph "Bonefish Joe" Cleare.

"I'm a voracious reader, and I have always loved children's books," says Ms. Howard, who runs Broadbridge International, a consulting group she founded in 1987 in New York.

Ms. Howard described A Day with Bonefish Joe as a memoir, of sorts, having often gone bonefishing in the Bahamas with her now late husband, Thomas Moorhead, the deputy undersecretary for international affairs in the U.S. Department of Labor from 2001 to 2003.

Ms. Howard says her husband bonefished with Mr. Cleare for more than 30 years, and it was Mr. Cleare, a "very close friend" of the couple, who taught her to catch the feisty, reel-yanking bonefish. Silver and just under two feet long, bonefish are typically released after they're caught.

"For me, the story is about loss and remembering," Ms. Howard says. "You may lose something, but the memory remains with you."

Ms. Howard wrote the book shortly after her husband was diagnosed with prostate cancer. Mr. Moorhead died in April 2003 at age 69 from complications related to the illness.

Influenced by Grimm's fairy tales, The Wind in the Willows and Charlotte's Web, Ms. Howard says she wrote A Day with Bonefish Joe as a children's book because she wanted the book to be like Bonefish Joe: imaginative, innocent, joyful. She also just wanted it to be special.