GW Law professor Lawrence A. Cunningham has gotten to know Warren Buffett’s $350 billion company, Berkshire Hathaway, a colossus that manages to feel like a small business, he writes. 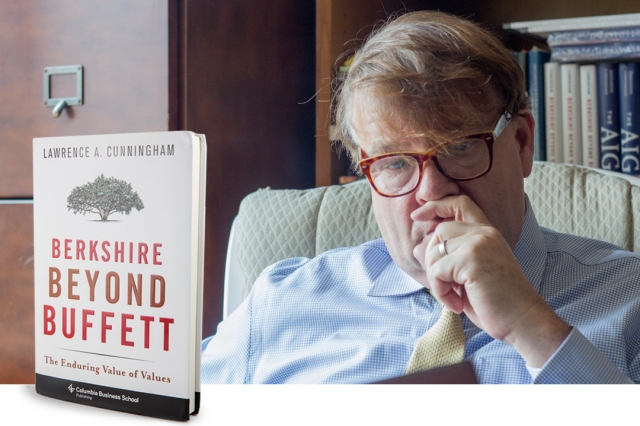 Since this book was published in October, Warren Buffett’s behemoth conglomerate, Berkshire Hathaway Inc., has hardly sat still. It used its Procter & Gamble stock to buy Duracell; it acquired the car dealership Van Tuyl Group, whose previous year boasted about $8 billion in sales; and Heinz, which it partially owns, merged with Kraft. But that’s all par for its course. So, too, is Berkshire’s ability to absorb that change without rocking the culture at its core, says Lawrence A. Cunningham, the Henry St. George Tucker III Research Professor of Law.

“The good news,” he says of all that activity, “is that it may warrant an updated edition in coming years.”

Mr. Cunningham met Mr. Buffett in 1995, when the renowned investor and Presidential Medal of Freedom awardee attended a symposium about his letters to shareholders, which Mr. Cunningham hosted. The professor later published the letters in a book, which he sold at Berkshire’s annual meetings and, over time, got to know Mr. Buffett and other personnel.

“Those relationships provided significant, valuable information and insight unavailable anywhere else,” he says.

Those ties didn’t lead Mr. Cunningham, who is also a Berkshire investor, to avoid controversy. He concedes, though, that he generally prefers to write about positive things. “I have found it is much more fun to write about Berkshire Hathaway than Enron,” he says.

The culture and philosophy he explores in the book are an anomaly among large U.S. corporations, he says. “It is more like what is found in smaller business partnerships. Berkshire shareholders think of themselves as owners or partners, while managers see their role as stewards,” he says.

And where others buy companies to retool and offload them, Berkshire hangs on. Whether its business model works is plainly clear, but Mr. Cunningham sets out to unravel how the model works and whether Berkshire could continue without the man who built it. 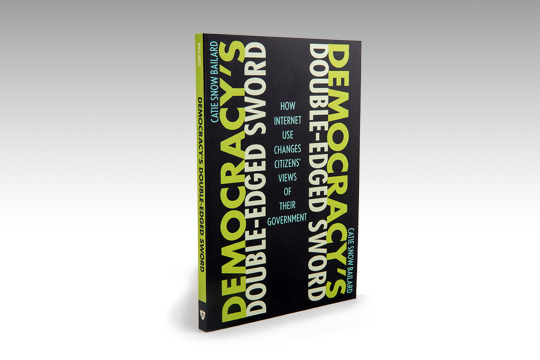 The sort of attention that has addressed how the Internet facilitates political protests hasn’t focused on the extent to which the web makes its users want to act politically to begin with, writes Dr. Bailard, an assistant professor of media and public affairs. After analyzing the Internet’s “mirror-holding” and “window-opening” properties, she writes that the web “meaningfully alters not only the quality and range of information but also the criteria through which individuals evaluate their governments.” 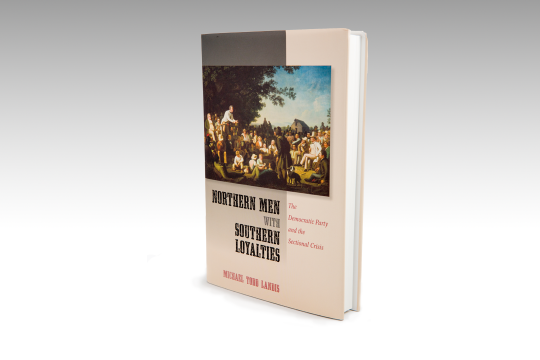 It simply won’t do any longer to think of the Civil War in terms of a clean break between the North and the South over slavery, writes Dr. Landis, an assistant history professor at Tarleton State University in Texas. Among the Northern Democratic leadership in the 1850s were “doughfaces,” who at once sought to please the party’s Southern bosses and to purge its ranks of anti-slavery members. They were, Dr. Landis observes, “anti-democratic to the core.” 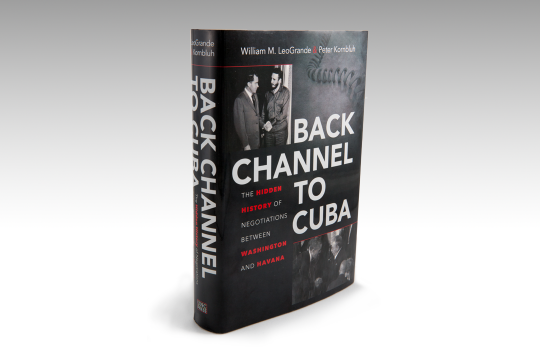 Back Channel to Cuba: The Hidden History of Negotiations Between Washington and Havana

The recent warming of U.S.-Cuba relations may seem like a complete policy reversal, but “every president since Eisenhower has engaged in some form of dialogue with Castro and his representatives,” write Dr. LeoGrande and Mr. Kornbluh, a senior analyst at GW’s National Security Archive. One hushed meeting between Washington and Havana even took place on the steps of the Lincoln Memorial, they write in their book, which draws upon a trove of declassified documents. 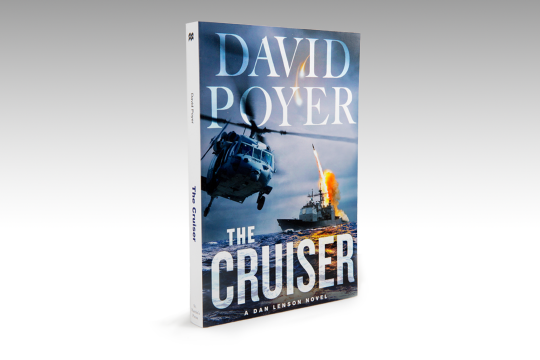 The Cruiser: A Dan Lenson Novel

In this novel, the 14th in a series that follows fictional GW alumnus and Naval Capt. Dan Lenson, real GW alumnus and retired Naval officer Mr. Poyer sends the hero on a clean-up mission after a warship with some valuable—and highly classified—cargo runs aground off the Italian coast. 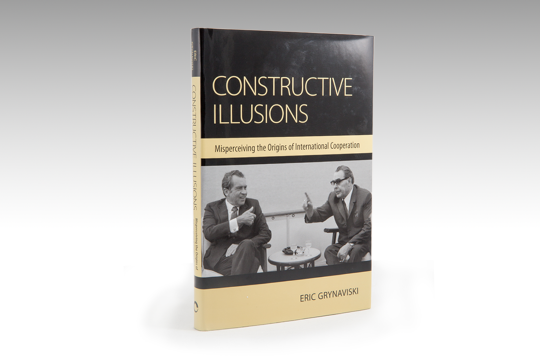 Challenging the idea that diplomacy might be best when parties truly understand one another, Dr. Grynaviski, an assistant professor of political science and international affairs, writes that cooperation often is likeliest when nations erroneously feel they have much in common. 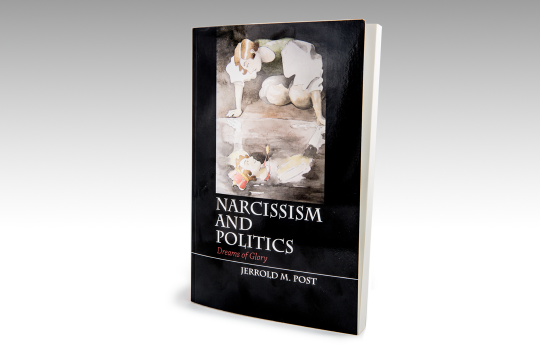 Narcissism and Politics: Dreams of Glory

Narcissus, of Greek mythological notoriety for falling fatally in love with his own reflection, epitomizes the Facebook-addicted “me generation.” The “apparent epidemic of narcissism” doesn’t infect all politicians, writes Dr. Post, GW professor of political psychology, but the “arena of public service and its limelight is particularly attractive, indeed irresistible, to individuals with narcissistic propensities.” 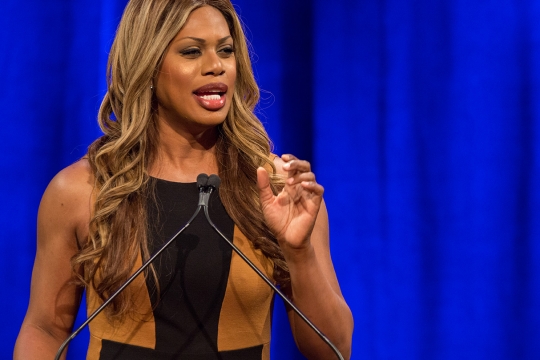 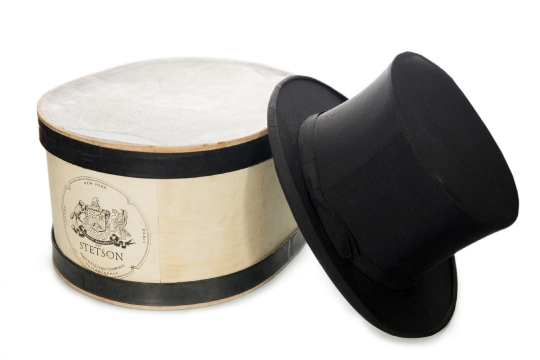 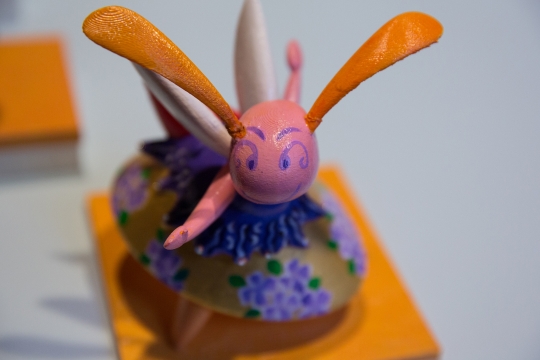