An artistic rendering of California's bullet train, which would halve the travel time between Los Angeles and the Bay Area when it debuts in 2029. (Images courtesy California High-Speed Rail Authority)

It’s been hailed as an engineering feat as ambitious as the transcontinental railroad, a modern marvel in the making, on a par with the rise of the Interstate Highway System. It’s also on track to be one of the most expensive infrastructure projects in U.S. history.

“YOU DON’T GET OPPORTUNITIES VERY OFTEN TO DO SOMETHING THAT IS GOING TO SHAPE THE STATE FOR 100 TO 150 YEARS TO COME,” MR. MORALES SAYS. “TO BE A PART OF THAT IS WHAT MAKES IT EXCITING AND WORTH ALL OF THE DAY-TO-DAY ANGST.”

When the nation’s first bullet train speeds out of the station for its scheduled 2029 debut, travelers will be whisked from Los Angeles to the Bay Area at a zippy top speed of 220 mph. A one-way trip will take less than three hours, roughly half the time it takes to drive.

And as California continues to lay a path for the $64 billion project, Jeff Morales, BS ’83, knows its potential and its divisiveness perhaps better than anyone. Mr. Morales, CEO of the California High-Speed Rail Authority, is both its biggest booster and the one trying to allay critics who question the rail’s necessity and its growing price tag.

Detractors, he says, should look no further than the iconic span over San Francisco Bay.

“The Golden Gate Bridge, which in many ways is the symbol of the state, was hugely controversial when it was proposed and built,” he says. “There were over 2,000 lawsuits filed against it, which is hard to conceive of today. Even Ansel Adams opposed it.

“I absolutely believe that 50 years from now people are going to say, ‘What the heck was all of the fuss about?’”

The high-speed rail project has elicited a dozen lawsuits to date, including litigation over contract disputes and tussles about property acquisition. And the public mandate is solid but not overwhelming: High-speed rail was approved by 52.6 percent of the state’s voters in 2008; eight years later, support hovers around 50 percent, according to the Public Policy Institute of California. Mr. Morales, though, is unbowed by public and political disputes over the effort.

The railway will connect 38 million Californians and the economies of the state’s three distinct population centers, including the agriculturally rich Central Valley. The system will include more than 800 miles of track and 24 stations, extending first from San Francisco to Anaheim, and ultimately north to Sacramento and south to San Diego. 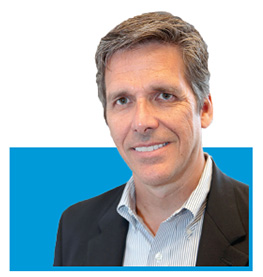 Jeff Morales’ three siblings are alums—Kevin Morales, BA ’77 (who died in 1998); Maureen Taft-Morales, BA ’79; and Christopher Morales, BA ’83, MS ’86, MA ’89—as was his late mother, Martha Morales Sebera (née Rivers), BA ’75. His father, George, who died in 2003, was a longtime anesthesiologist at GW Hospital. He was a member of the trauma team that cared for President Ronald Reagan after he was shot in 1981. Dr. Morales kept a memento from that day: a piece of paper with “Temporary White House” scribbled on it, which Reagan staffers had affixed to his office door as doctors tended to the president.

California’s 170,000 miles of roadway are the busiest in the nation, and auto congestion drains $18.7 billion in lost time and wasted fuel from the state’s economy each year, according to the rail authority. The trains—which will travel faster, in part, because of rails that are relatively straight, mostly unshared and routed above or below road crossings—are expected to provide an “effective transportation system” for a state that, by some projections, could reach
60 million inhabitants by mid-century.

“You don’t get opportunities very often to do something that is going to shape the state for 100 to 150 years to come,” Mr. Morales says. “To be a part of that is what makes it exciting and worth all of the day-to-day angst.”

That Mr. Morales is leading that charge is due, improbably, to an interest in biology.

He had majored in biology and, after college, took a job as an environmental policy aid to U.S. Sen. Frank Lautenberg (D-N.J.), a role that morphed into transportation policy when the senator became chairman of the transit appropriations subcommittee.

“I ended up getting hooked on transportation issues,” Mr. Morales says.

It was with Mr. Lautenberg’s office that Mr. Morales later helped write legislation that in 1988 banned smoking on domestic flights lasting less than two hours. (“I smile a little bit every time I fly,” he says.) He’d go on to serve the Clinton-Gore administration, first in the Department of Transportation, then at the White House, working on the National Partnership for Reinventing Government.

In 1998, he became executive vice president of the Chicago Transit Authority, where he required agency executives to turn in their company cars and take public transit at a time when ridership was down.

High-speed rail could be his most formidable challenge. Funding to develop the infrastructure is coming from Congress and the state legislature, and planners say they also will tap private coffers. But some congressional leaders have proposed defunding the plan, saying California can’t afford it. And Mr. Morales was hired in 2012, after his predecessor resigned amidst increasing attacks from critics and former project supporters alike.

Those who know Mr. Morales, though, say he is well-suited to surmount obstacles.

“Jeff is really good at setting a goal and then being flexible about how to achieve that goal,” says Mort Downey, who was the U.S. deputy secretary of transportation from 1993 to 2001. “When things are tough, he doubles down and figures out how to make the next positive step.”

Some of that mettle, Mr. Morales says, comes from his time on the GW crew team. He developed close friendships—including meeting his wife, Lori Cafiero, BA ’83, MBA ’87, who was on the women’s team—and says that “everything about competing definitely shaped me.”

“UNFORTUNATELY, YOU CAN’T GET 38 MILLION PEOPLE TO GO ON A FIELD TRIP TO RIDE THE TRAINS. WE’RE TRYING TO SHOW PEOPLE WHAT CAN BE DONE.”

“Crew is about pushing yourself beyond where you think you can go, and doing it as part of a team,” says Mr. Bristol, a principal with FaegreBD Consulting in Washington, where he works in part on transportation issues. “In all candor, we didn’t win a lot of races, but we put in a lot of work and kept pushing to get better and overcome challenges. Jeff was a great teammate.”

The rail project, Mr. Morales says, is “like building the Northeast Corridor between Boston and Washington. That’s the scale of what we’re doing, and we’re doing it in an age in which everybody gets to monitor our progress on an hour-by-hour basis.

“Anyone who has been to Europe or Japan or China and ridden high-speed rail comes back and says, ‘I love it,’” he says. “Unfortunately, you can’t get 38 million people to go on a field trip to ride the trains. We’re trying to show people what can be done.”