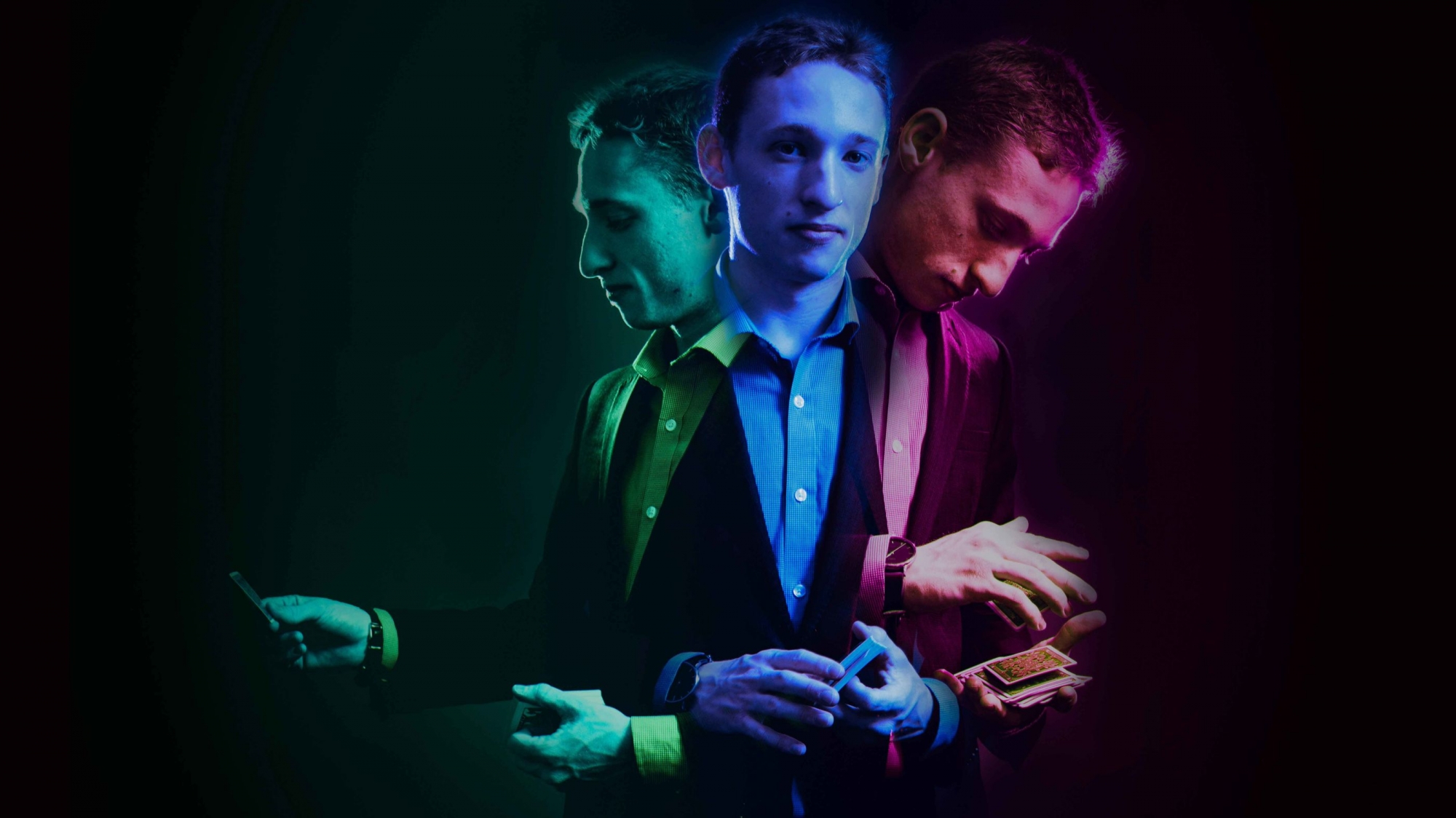 Magician Max Davidson, CCAS ’22, has performed at Caesar’s Palace. Here, he explains what it’s like trying to dazzle people in the wonder-challenged modern era.

Our world is dominated by technology, and for 21st-century magicians, it’s rubbing away at the mystery of older epochs that helped make masters of awe like Harry Kellar, Howard Thurston and Houdini famous in the late 19th and early 20th century. There are just fewer secrets nowadays. (Thanks, internet.)

Max Davidson, a sophomore at GW, grew up in Denver with a smartphone in his pocket. As a magician—at just 20 years old, he’s already performed at corporate event attended by more than 2,000 at Caesar’s Palace in Las Vegas, thanks to a connection with a family friend—the ubiquitous-ness of personal technology is a challenge. But Davidson and others of his generation have decided to work with it rather than against it to keep magic memorable and relevant. This is how.

“Anything magicians perform can, obviously, be filmed and uploaded to the internet. Videos can be slowed down, sped up and then judged and parsed by millions of people, so magicians must be sensitive to angles and sight lines. Magicians also must be original, which is harder now because the internet makes it just as easy to steal tricks and routines as it does to learn them. That’s forced magic to be about more than just the trick.”

“It’s better today, because of more skeptical audiences than in decades prior, to gear magic more toward an experience than the actual magic and ground the show in reality. Tricks ought to enhance the story the magician tells. By rooting magic in something real—science, art, literature, music, current events—the audience can engage with the magician’s performance on a deeper level than simply asking: How did he do that?”

“The ubiquity of smartphones means resourceful magicians have tricks at their fingertips. Photo albums, contact lists and even people’s internet-search history are opportunities for a show. Programs such as FaceTime and iMessage allow magicians to perform magic for anyone in the world from anywhere. Technology isn’t magic, but it can enhance a routine. For example: Divining a word someone Googled utilizes the internet’s size to make the trick seem more impossible without using technology as the trick itself.”

The Death of Pretense

“In his show “In and Of Itself,” magician Derek Delgaudio eliminated the procedure from magic. The show is all storyline—a radical evolution. Historically, magic shows are heavy on process: Pick this card, write this down. Delgaudio makes magic happen organically and gives his show a narrative in which the audience learns about the magician as the show goes on. The tricks logically complement it.”

Why is there a dollar in that lemon? 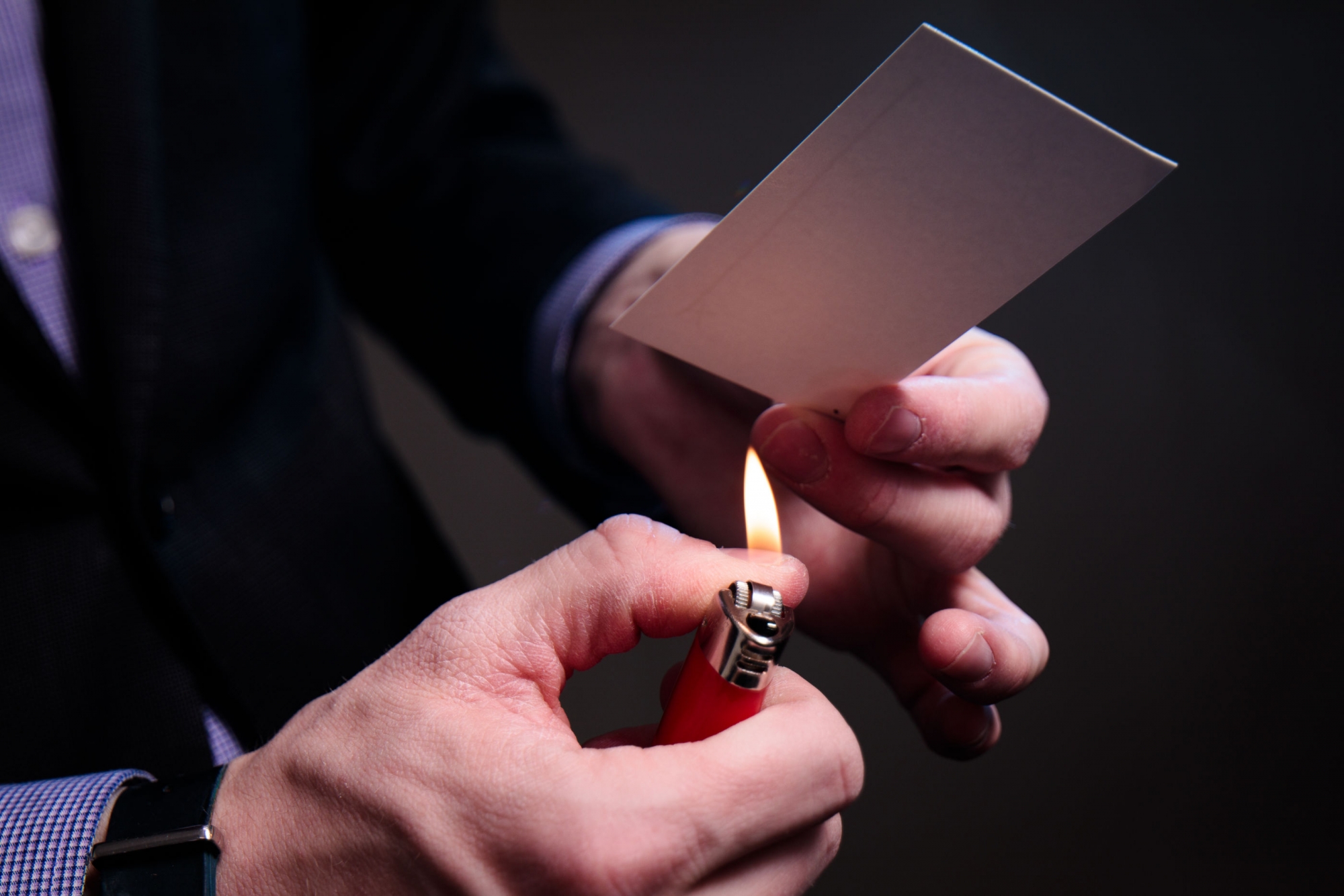 “One of my favorite tricks is making a dollar bill appear in a lemon. The trick is challenging for me because, while I love it, it’s incredibly arbitrary. I’ve struggled for years to justify why I am making a dollar bill appear in a lemon. Magic is most effective when it touches a deeper truth—and nobody, other than probably a magician, has ever wondered if they could get a dollar bill to appear inside of a lemon. It’s a cool trick and worth doing, but I’m still searching for its justification. I may never find one, but doing something in pursuit of a deeper truth is a beautiful and meaningful creative exercise.”

For more on Max Davidson, including show information, check out MaxDavidsonMagic.com.