Sparks fly from a birthday cake at the celebration in Shanghai. (All photos courtesy Office of Alumni Relations)

Since its inception six years ago (thanks, San Antonio), George’s Birthday Bash has become a tradition, and this year 51 alumni networks—30 in the United States and 21 abroad—went bashing for George’s 284th birthday, four of which were first-time Bashers.*

This year’s celebrations drew some 880 partygoers—about 480 domestic and about 400 international—from Chicago (42) to Dubai (32). The most-attended Bash in the states was New York (62), and tops internationally was Tokyo (35).

*Interested in becoming a basher? If you live in an area that has an active regional alumni network—more on that at alumni.gwu.edu/community—there may be a George’s Birthday Bash happening in your city. If you don’t have a nearby network and are interested in starting one, contact the U.S. alumni programming team at [email protected] or the international alumni programming team at [email protected]. 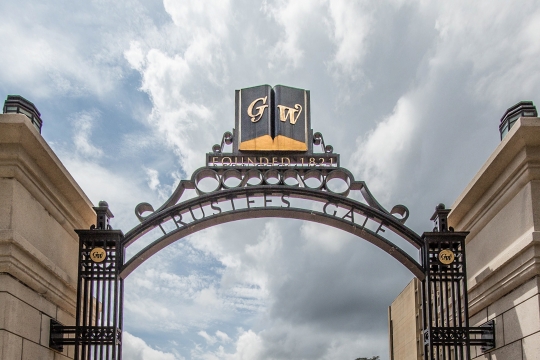 Read updates from alumni and submit your own.