Alumna Erin Carlson Mast, the CEO of the museum in Northwest D.C., says the 16th president’s carpet slippers are a window into the emotional and physical worlds he inhabited.

Tourist George Borrett didn’t exactly expect to find himself chatting cozily with President Abraham Lincoln when, in 1864, he paid an unannounced visit to the house in Northwest Washington, D.C., that served as the first family’s home away from the White House. But after waiting just a few minutes in the drawing-room, he was greeted by the commander in chief—and not in the form of the English Borrett, accustomed to the grand formality of monarchs, expected of a national leader. Writing of the moment, he remembered:

Those very slippers returned this year to what is now called President Lincoln’s Cottage, on loan through June from the Rutherford B. Hayes Presidential Library & Museums in Fremont, Ohio. (Due to COVID-19, Lincoln’s cottage is closed indefinitely.)

They’re a poignant and charming evocation of Lincoln the human being, says Erin Carlson Mast, MA ’03, CEO and executive director of President Lincoln’s Cottage. And they give a sense of what the cottage, where Lincoln drafted the first versions of the Emancipation Proclamation and where he retreated after his son Willie’s death in 1862, really meant to the man who lived there during a time of personal and national tragedy. 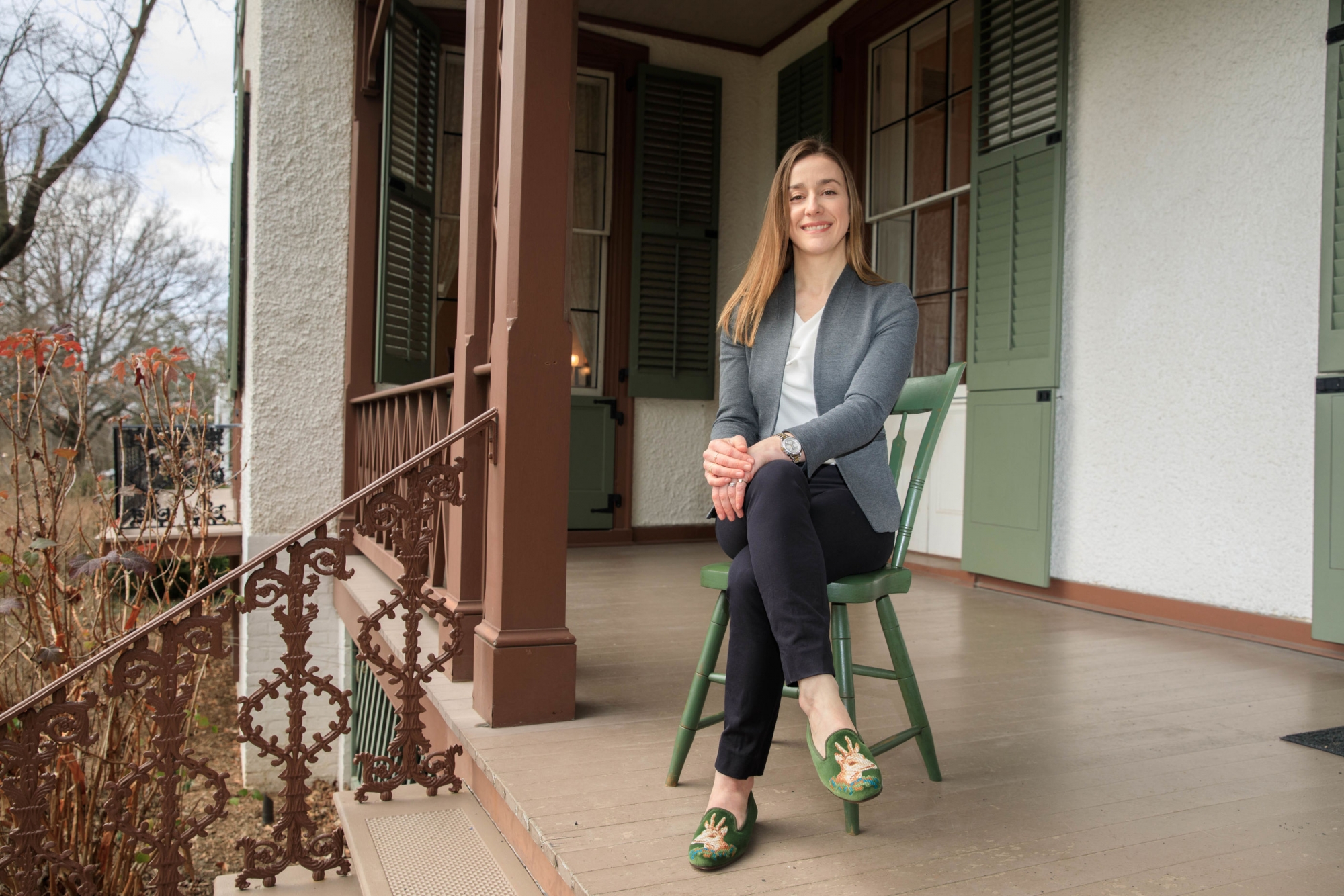 Alumna Erin Mast is the CEO and executive director of President Lincoln’s Cottage.

Lincoln’s carpet slippers ended up at the Hayes presidential library by way of Alex Williamson, who tutored Lincoln’s sons. The slippers were given to Williamson by the president’s widow, Mary Todd Lincoln.

Mast says that after Lincoln’s assassination, it wasn’t uncommon for Mary Todd to distribute her husband’s belongings to friends and trusted associates as mementos. For example, she also gave Williamson a dressing gown and a shawl owned by Lincoln. These, however, were not given to Hayes, an enthusiastic collector of presidential artifacts and memorabilia.

Elected president in 1876, Hayes loved history, and after leaving the White House (he served only one term), he became president of the Ohio Historical Society, which today is known as the Ohio History Connection.

In a letter to Hayes, Williamson wrote that he was hired to tutor Tad and Willie in 1861 and “enjoyed the respect and friendship of and almost daily intercourse with Mr. Lincoln from said date until his death, at which sad scene I was present.” He presented the slippers to Hayes in 1878 with a note reading: “Please accept the accompanying slippers. They were worn by the late President Lincoln up to the day of his murder.”

Lincoln was Hayes’s favorite president. It’s unclear why Williamson gave the slippers to Hayes or whether he knew these things about Hayes.

It’s hard not to be charmed by the creatures embroidered on the vamp of Lincoln’s slippers, but what exactly are they? “It’s a controversy,” Mast admits, since the slippers’ age and wear makes it hard to tell a horn from an antler. The menagerie Lincoln’s family kept at the cottage included son Tad’s two pet goats, Nanny and Nanko, who were known to sleep in Tad’s bed. A canine figure on the side of the shoe suggests a hunting theme, so the slippers are likely to depict deer. Mast, however, still likes to think of them as goats. After all, she says, among presidents, Honest Abe “could be considered the GOAT—Greatest Of All Time.”

Luxury slipper purveyor Stubbs and Wootton collaborated with the cottage team to produce a limited line of replica slippers, available in linen and velvet varieties exclusively through President Lincoln’s Cottage. A men’s pair costs $525 and a women’s pair $500. Mast has a (very covetable) custom pair of her own, in green velvet. For GW alums, call 202-829-0436 and give the password, “GWLincoln,” for a 10 percent discount.

“All my uneasiness and awe vanished in a moment before the homely greeting of the president, and the genial smile which accompanied it,” George Borrett wrote, “and had they not, a glance at one of the carpet slippers jogging up and down upon the knee of the other leg in the most delightful freedom of attitude, would have reassured me.”

It’s Mast’s favorite part of Borrett’s account. “Lincoln’s whole demeanor welcomes these people in, which might sound kind of folksy—and he was criticized by people who tried to paint him as an unsophisticated hayseed,” she says. “But then Borrett describes him launching into this very sophisticated conversation about the difference between the American and British legal systems.” That combination of down-to-earth charm and enormous intelligence set Lincoln apart, she says.

Close to the Collateral

While it’s tempting to view the cottage as Lincoln’s retreat from the stressors of the White House during the Civil War, Mast says that was hardly the case. The cottage stands on the grounds of what was then called the Soldier’s Home, now the Armed Forces Retirement Home, and was occupied by wounded soldiers and disabled veterans.

On his four-mile commute from the White House to the cottage, Lincoln would have passed D.C.’s refugee camps, filled with formerly enslaved people who had emancipated themselves and fled north. Thousands of soldiers were buried before and during the war in the military cemetery standing about 200 yards from the house. And standing in his slippers on the house’s back porch, Lincoln would have a direct view of the Washington skyline—dominated by the under-construction Capitol dome and the unfinished Washington monument.

“It would have been a symbolic reminder that American democracy was far from a done deal, and now it was being challenged in an existential way,” Mast says. “That was always on his mind.”

For more on Lincoln and his slippers, check out Abraham Lincoln Deals with Foreign Affairs: A Diplomat in Carpet Slippers. 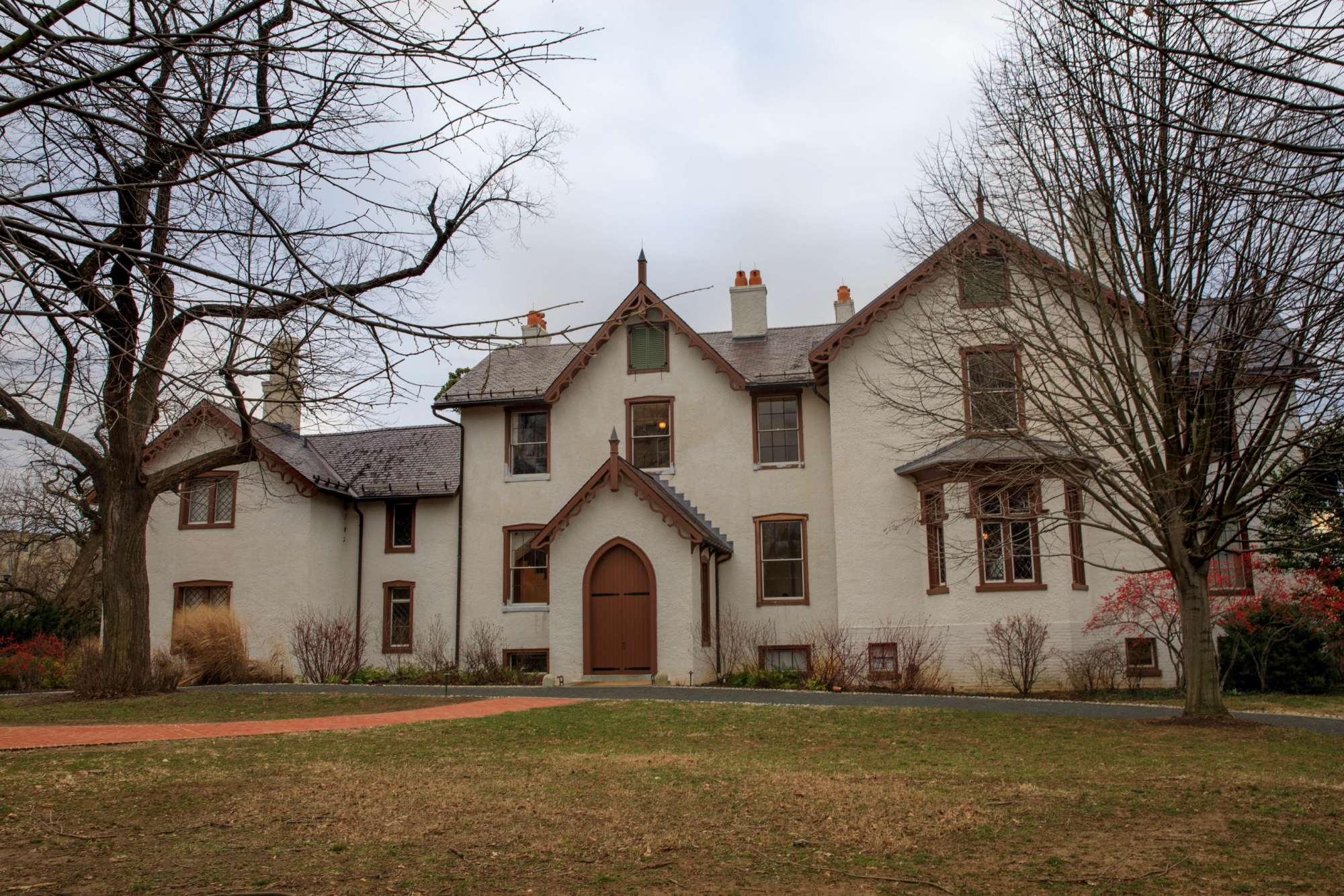 * This story has been updated to explain how Lincoln’s slippers ended up at Rutherford B. Hayes’s presidential library.